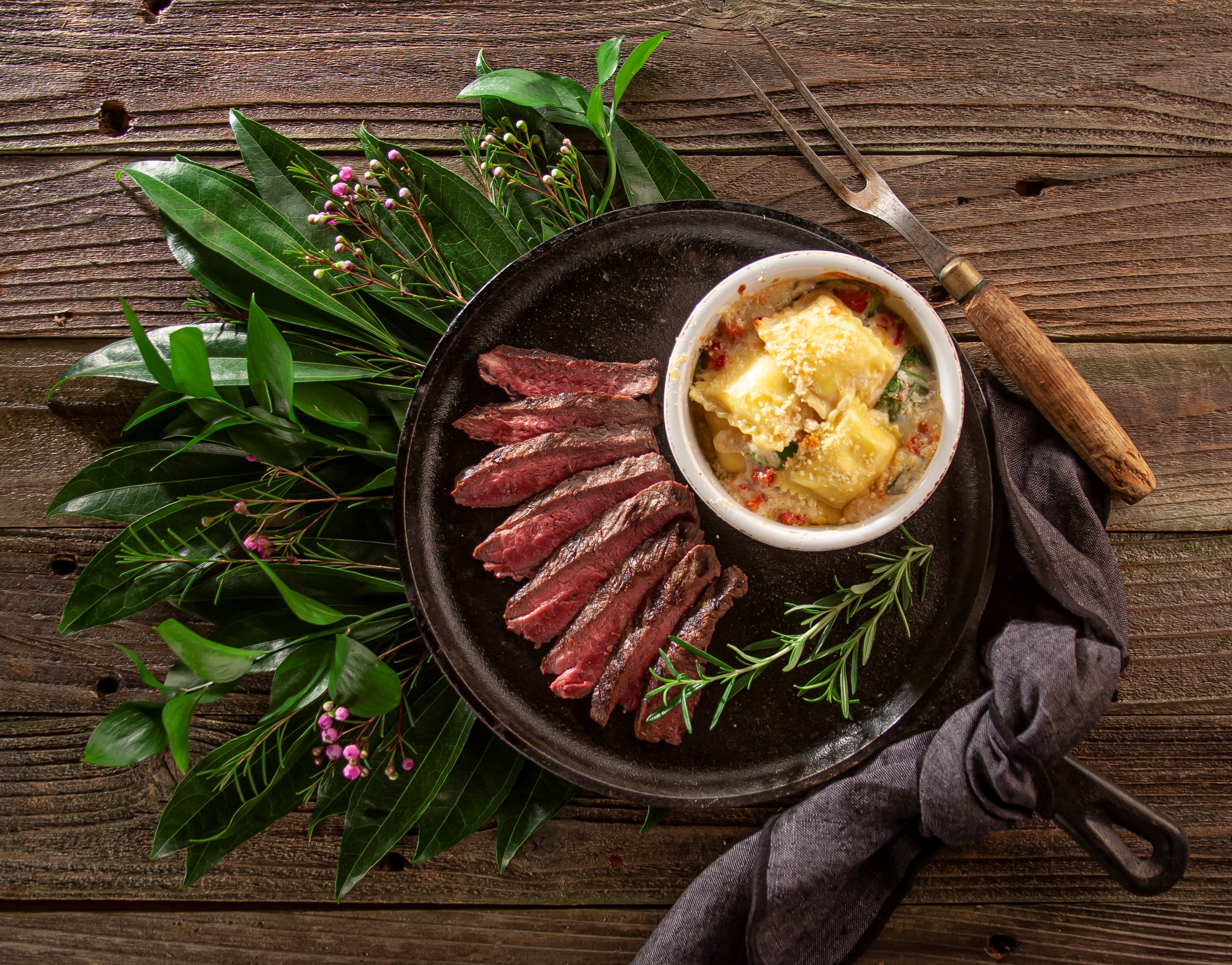 Preheat oven to 350⁰F. Cook the ravioli according to package instructions, drain and set aside in a covered bowl.  In a separate mixing bowl, combine the alfredo sauce, ¼ cup of the Parmesan cheese, spinach and roasted red peppers, season with salt and black pepper. Add the ravioli to the sauce and stir to combine. Butter 4 ramekins or an oven safe baking dish and spoon the ravioli into the dishes. Top with the fontina cheese and remaining Parmesan cheese. Bake for 15-20 minutes until the cheese is melted and golden brown on top. Remove from the oven and serve immediately with your seared steak.

Remove the steaks from the refrigerator and pat dry with a paper towel. Generously season the steaks with salt and black pepper. Let the steaks sit at room temperature for at least 20-30 minutes before cooking. In a heavy bottom skillet, such as a cast iron, heat the olive oil over medium high heat, add the steaks to the skillet and sear for 4-5 minutes. Using tongs, turn the steaks and add 4 tablespoons butter at a time until melted. Spoon the melted butter over steak as you sear the other side for another 4-5 minutes. Transfer the pan to a 350⁰F preheated oven and cook to desired doneness. Remove from the oven and transfer steaks to a cutting board, cover loosely with foil and let rest 5-10 minutes before serving. Cut each steak against the grain at an angle and divide among plates to serve.

This recipe not yet rated.